At the end of the year we were assured that we were getting tax stability. Suddenly we would have a tax code that both businesses and individuals could rely on for a stable future. You would know the rates, deductions and credits for years to come. Planning would be a simple matter and change would be a thing of the past. Sounds good.

But, not so fast. When we look at the new Code we see favorable rates and deductions. Incomes under $157,000 would be treated much better. They would have better rates and take home more. Assuming taxpayers spend this windfall immediately, the economy will grow and prosper. The overall effect should be that the deficit will be reduced.

On the business side, a new section 199 (a) would create a new, lower rate for Limited Liability Companies. Businesses using this Organizational Form would have much lower rates than an individual. Corporate rates are significantly lower. All of this should bring about a healthier business atmosphere. We will see.

The problem with all of this is a practice called Sunsetting. Most of us have heard a lot about this practice as it applies to Estate Tax. But little has been said about it’s impact on Income Tax. Recently, many taxpayers received a tax reflected in a lower withholding rate. Suddenly people had more money to spend. Under the current law, this all goes away in 2025. Where the rates go at that time no one knows. We know there will still be a lot of debt. So I do not even want to guess. #TuesdayTip 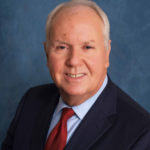 Its that time again. Time to get your affairs in[...]

If you have made considerable gifts to individuals, be sure[...]

Your email is safe with us.

We're currently offline. Send us an email and we'll get back to you, asap.